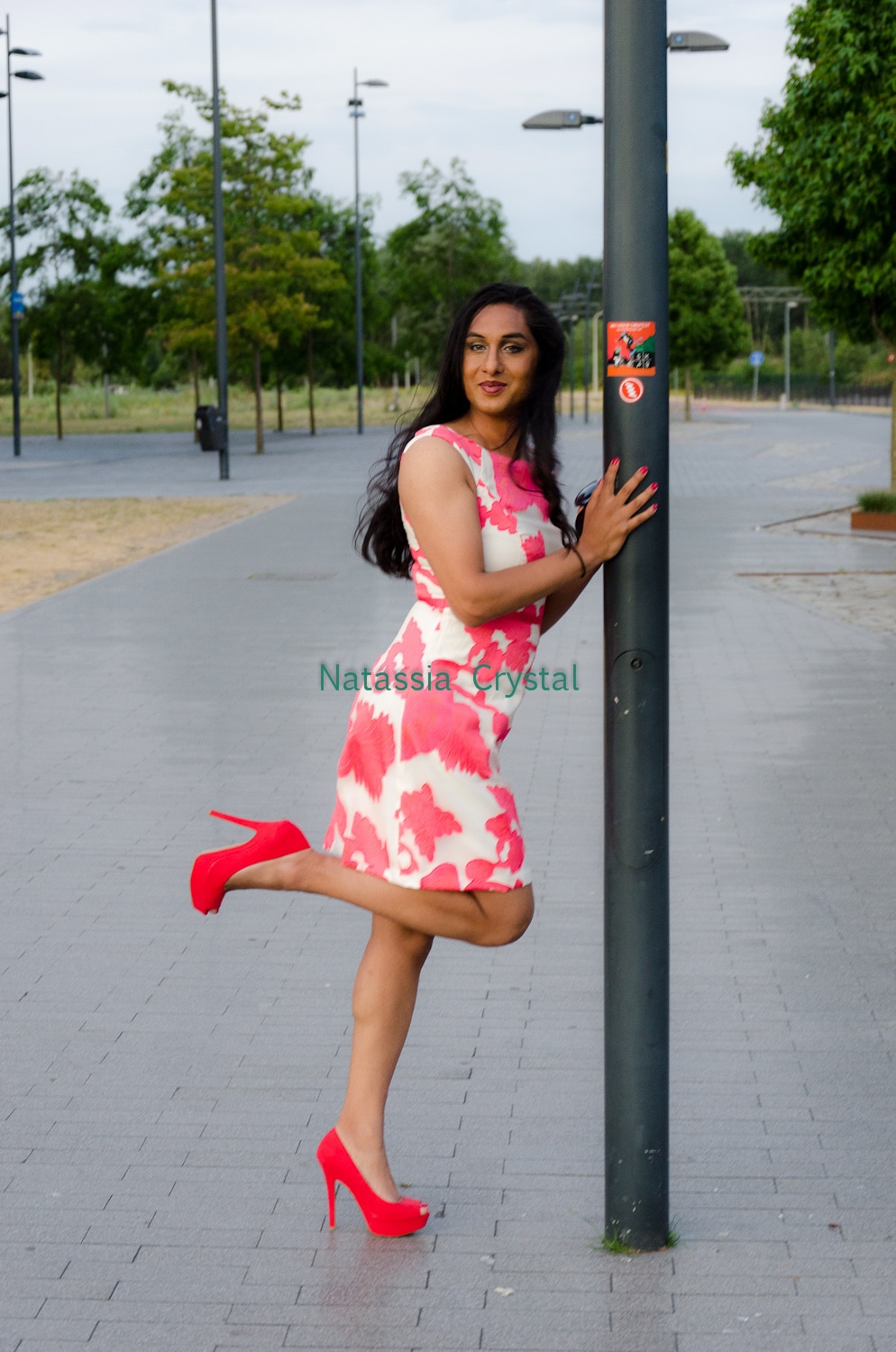 Natassia is one of my favorite bloggers/style mavens to follow not just because of her gorgeous outfits, but because her posts are always so much fun to read (and she’s a fellow Marvel fan, haha)! Natassia’s life is beyond interesting, one day she’s snowboarding in the French Alps and the next she’s checking out hip coffee bars in Amsterdam…oh, and she does karate! (How awesome is that?)

Natassia is also always rocking an incredible pair of heels in her outfit posts. I am always fascinated by how she can walk in them, and I am convinced I could never walk in them as gracefully as she does…but fortunately, she’s sharing some tips on how to do just that in her Q&A! She’s also sharing some awesome fashion advice and clearing up some misconceptions of what it means to be transgender. So, what are you waiting for? Check out her Q&A below! 🙂 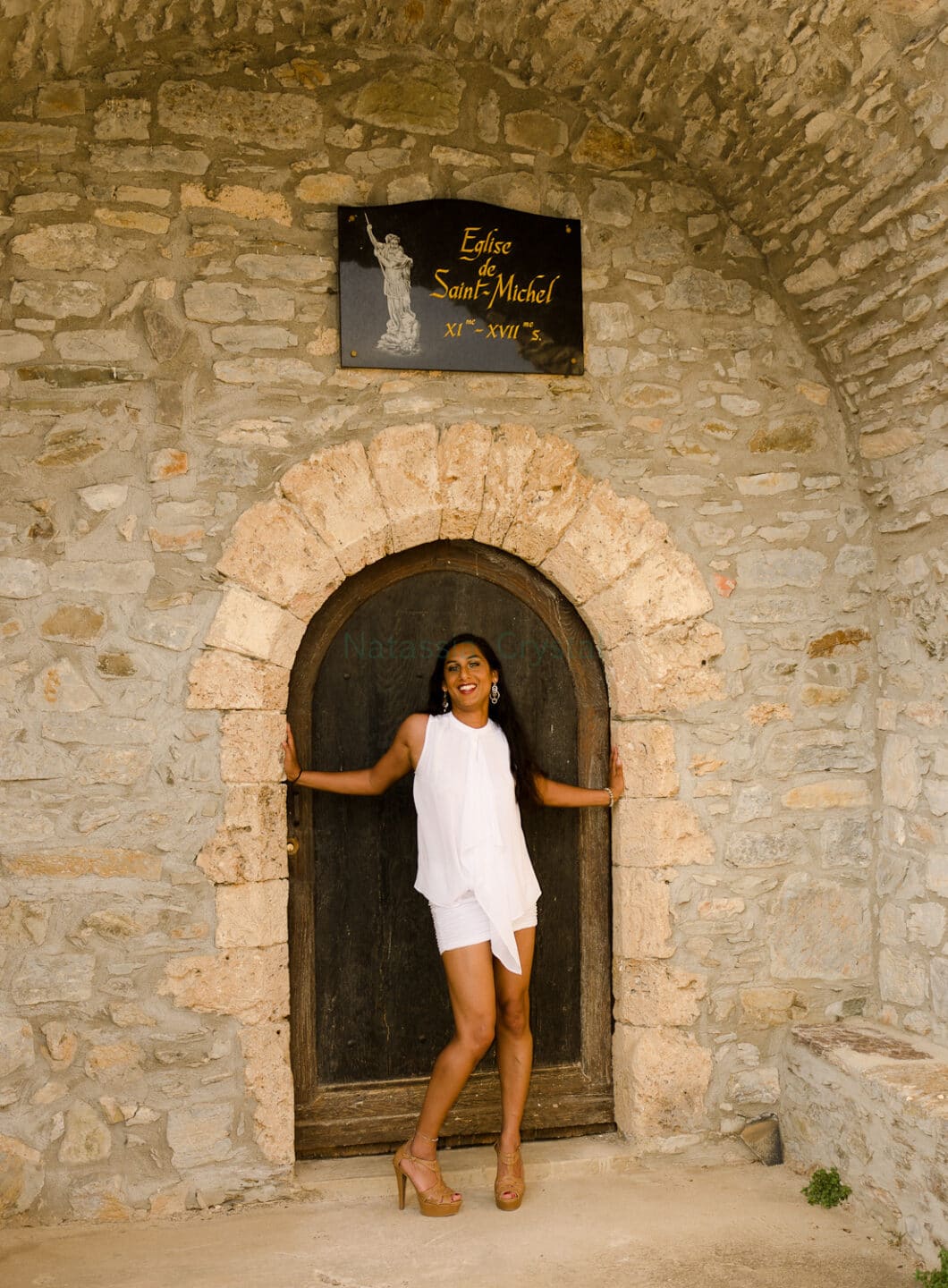 Tell me a little about yourself.

Natassia: Hi! I’m Tassia and I think the main thing I could say about myself here is that I’m a geek. And I’m not saying that because these days it’s more hip to be a geek… but because that truly is an accurate description of who I am as a person. When I was 5, we got our first computer and I started programming a lot. When I was a bit older, I would go outside with a pen and paper observing nature and writing everything down pretending I was doing important science. And when I was 14, I knew I was going to study Physics at university though I always had a passion for Classical Languages (Latin & Greek).

There are only 24 hours in a day and 7 days a week… and in that limited time I try to do as much as possible. My day job is working as a senior scientist in the energy sector which both is fun and pays the bills. When not working though, I spend my time doing lots of sports: jogging, karate and snowboarding. I play the guitar, both electric and acoustic in lots of genres, so it’s entirely possible you can either hear me riff Metallica songs or play a bit of bluegrass. 😛

I love watching movies (Marvel movies for the win!) and TV shows (though I don’t have make that much time for the latter), reading books (mostly scientific and/or historical) and with whatever time I’ve got left… I play video games. ☺

Mixed with all of this, I absolutely enjoy hanging out with my friends and usually that means having them over for dinner, watching movies, drinking beer and whisky… all that good stuff! 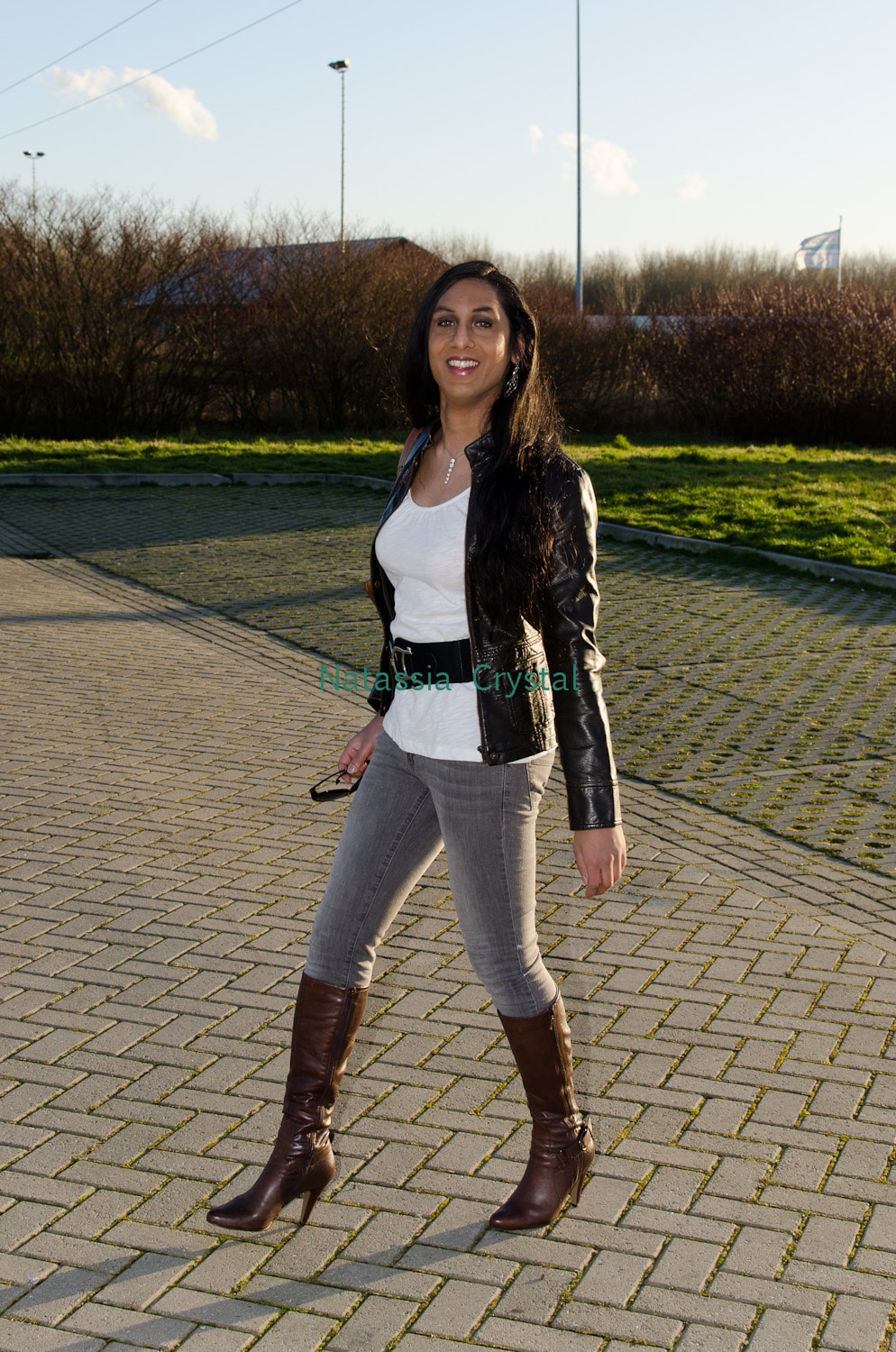 How would you describe your blog, “Natassia’s Place for Fashion, High Heels and Geekiness?”

Natassia: I would describe my blog as a place where I can show my ideas of fashion and femininity. It also functions as my fashion diary, so I can look back at my various outfits and see what worked and what perhaps didn’t work so well.

In terms of style, it’s mainly dresses and skirts (and yes, they’re usually on the shorter side), though I have been known to sometimes wear jeans. And whatever outfit I’m wearing… there will always be high heels! I can’t explain it, but I have been fascinated by high heels ever since I can remember (and I can remember events as far back as when I was 3 to 4 years old!).

What do you hope the future holds for, “Natassia’s Place for Fashion, High Heels and Geekiness?”

Natassia: I don’t have any specific hopes for my blog even though I spend quite some time on it. I’m very happy with the fact that I get 10000-15000 view per month. And I’m glad that there are people out there who apparently appreciate my outfits and my photos and my verbal babbling. 😛

But I’m not in it hoping to get super famous or to get free stuff. I just love the interaction with other bloggers through, for example, the comments! I guess it’s more about the validation of the fashion side of me. ☺

Could you explain your “geekiness” a little more? ☺

Natassia: As I explained in the introduction, my geekiness is in everything. It’s in the science that I love, the stuff I do with computers, the jokes I makes with my friends (think of the corniest physics joke you can find on Google and I will laugh about it!), the references in my writings (there might be a day when I will surrender to the pain of walking in heels and start wearing flats, but it is not this day!).

With all the misconceptions out there about being transgender, what would you like your readers to be most aware of when it comes to being a transgender blogger?

Natassia: There are a lot of misconceptions about being transgender and the one that sticks out for me, is the idea that there we’re all the same and that we all have the same goals… which is the farthest thing from the truth!

While the term transgender (the word ‘transgendered’ should preferably never be used) is often used in the media for those who want to transition, it is actually an umbrella term. The term includes all sorts of people… some want to transition, some only take hormones and other don’t at all. Some use make-up and some don’t. Some only dress up in the privacy of their own homes, others might go to safe social gatherings.

And some eventually go out all dressed up doing the things that might seem trivial or normal to most people. I think I belong in that last category. I’m very happy with the way things are now. ☺

Of course there are people out there who think people like me are sick in the head and while it hurts a bit (especially when it comes from another fashion blogger), I tend not to weep over this. I’m stronger than that. ☺

So I guess, what I want any reader to know is that I, as a transgender blogger, am just a person who’s passionate about fashion!

Do you have any advice you would like to share with someone who is transgender and just starting to explore their personal style?

Natassia: It depends on what the goal is of that person. My advice (from the viewpoint of feminine clothing) to any transgender person starting to explore their style so that they can go out in public, visit stores/museums, have dinner at restaurants, etc. is: look around at what other women are wearing!

That might seem contradictive to developing a personal style, but what I mean is: walk around in shopping mall. There will always be women who are dressed in a way that is appealing to that person. Look at those outfits and try to see if those work for your body. And then add some of your own preferences and see how that works.

Of course, following lots of fashion blogs helps as well. 😉 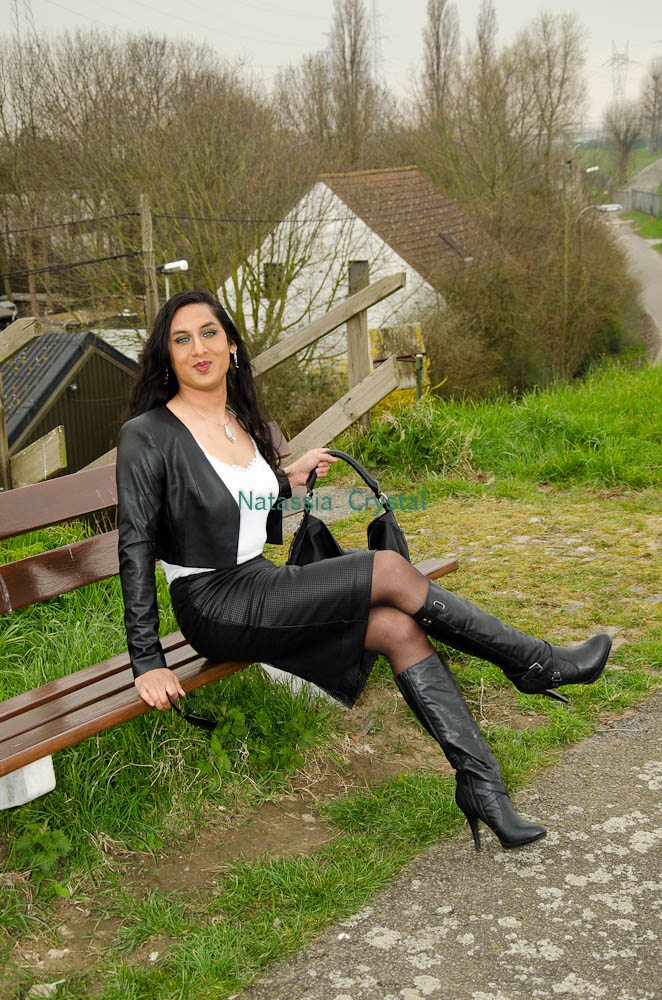 How would you describe your personal style? And have you always been so stylish?

Natassia: I would describe my own style as feminine with lots of dresses and skirts, ranging from elegant to what I would call… the grey area of sexy. 😉

Sadly, my hips are almost non-existent, so I choose styles that either create the illusion of hips or draw attention away from the hip-area. Know your body!

And have I always been so stylish? Well, thank you for the compliment! And I guess, my answer is no… and that is one of the reasons why all my old photos are still on-line on my Flickr photo page. It serves as a reminder that developing a style is a long process, nobody gets it right in the beginning and you learn it by doing, experimenting and sometimes failing. ☺ 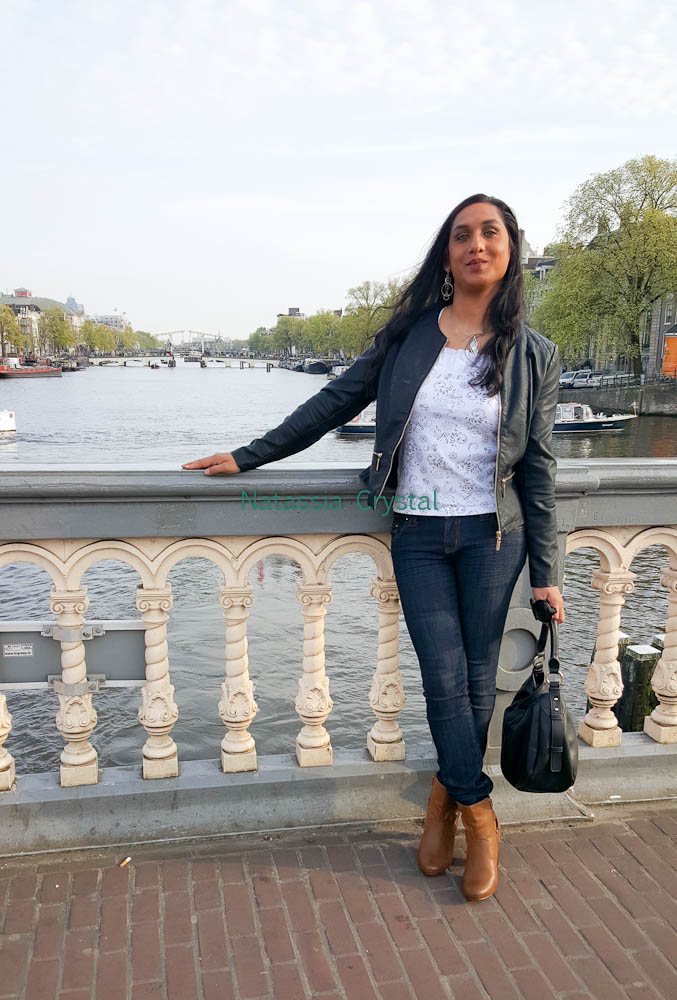 What would you say your go-to look is? And what’s your favorite clothing store?

Natassia: Seriously, while I love my dresses and skirts, I think that (not-so) secretly, my go-to look for going out and about consists of skinny jeans, a simple top, a leather jacket and boots.

Living in the Netherlands, I usually tend to visit stores like H&M, Steps, Forever 21. Whenever I’m in Amsterdam, I also visit the Steve Madden store. And I like to visit the smaller stores in several Dutch cities, but I’m sure none of your readers would know them. 😛

If I had to pick one store though, I’d pick Forever 21. Nothing surprising or ground-breaking, but their shoes and clothes always fit without exception… and that makes things so easy for me! 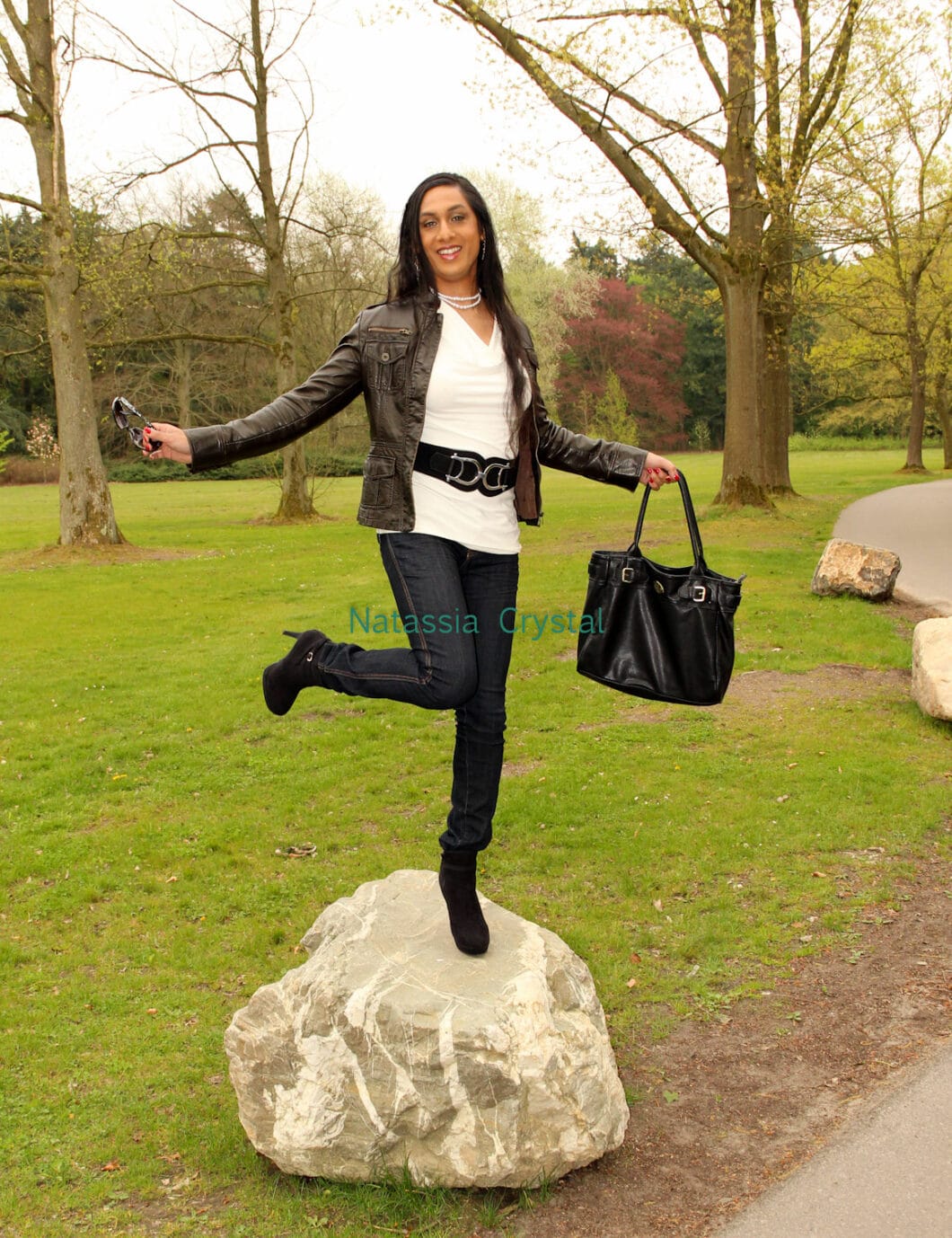 You are always wearing the coolest heels..and they are usually super tall! Do you have any advice on how to walk in high heels gracefully?

Natassia: Thank you, heels are my true passion! I could give up make-up, the most elegant dresses or the cutest bags… but I could never give up my collection of heels!

Most of my heels are 4 to 5 inches with some of them going up to 6 with a platform. I have been doing martial arts for almost 30 years… so balance has never been a problem and that’s half the battle with walking in high heels gracefully.

I practiced a lot at home first with a hard-cover book on my head. Wearing heels while doing the laundry, cooking my meals and cleaning the house. It’s strange but it worked for me.
And after that, I just start walking outside: taking smaller steps, walking on an imaginary line, heel-to-toe and putting a little (not too much) swing in my hips.

And I started filming myself so that I could examine my walk with a critical eye. It’s basically how my videos on YouTube started! 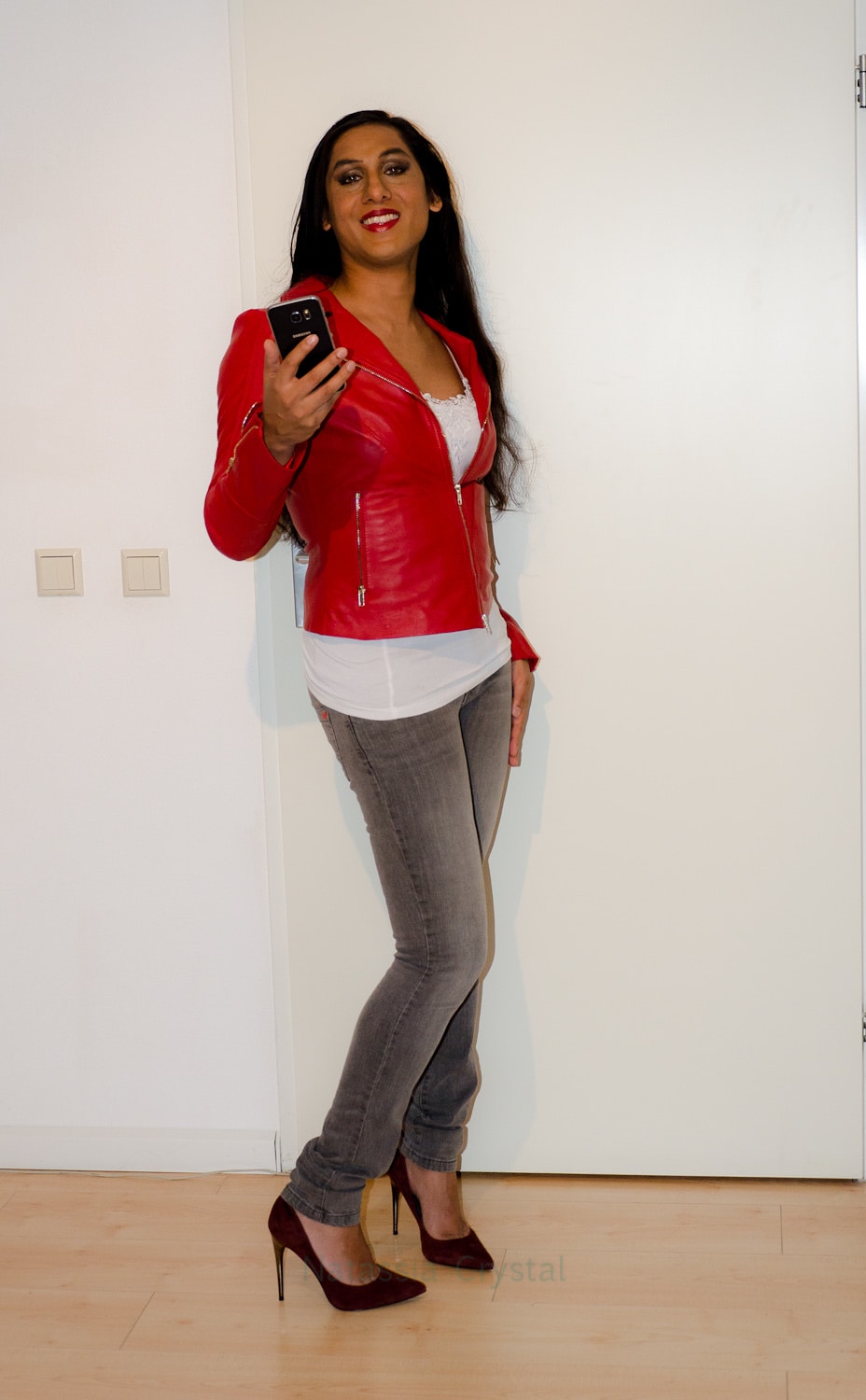 If you had to pick, what would you say has been one of the coolest moments in your blogging career?

Of course, another cool moment is the fact that I’m here participating in your interview!

What advice do you have for someone who wants to start a blog of their own?

Natassia: I would say, just do it! But do realise that blogging is something you have to be passionate about… especially if you want to post regularly. I try to post once every week and that is already a challenge!

First determine what kind of stuff you want to post. For me, that part is quite clear. I love to post my outfit photos and talk about the outfit and where/why/when I wore it. You won’t find me doing reviews of beauty products any time soon. That’s just not my thing.

Then start posting… seriously, just start typing! It feels strange sending out your first serious blog-post in the world, but after while it becomes second nature. 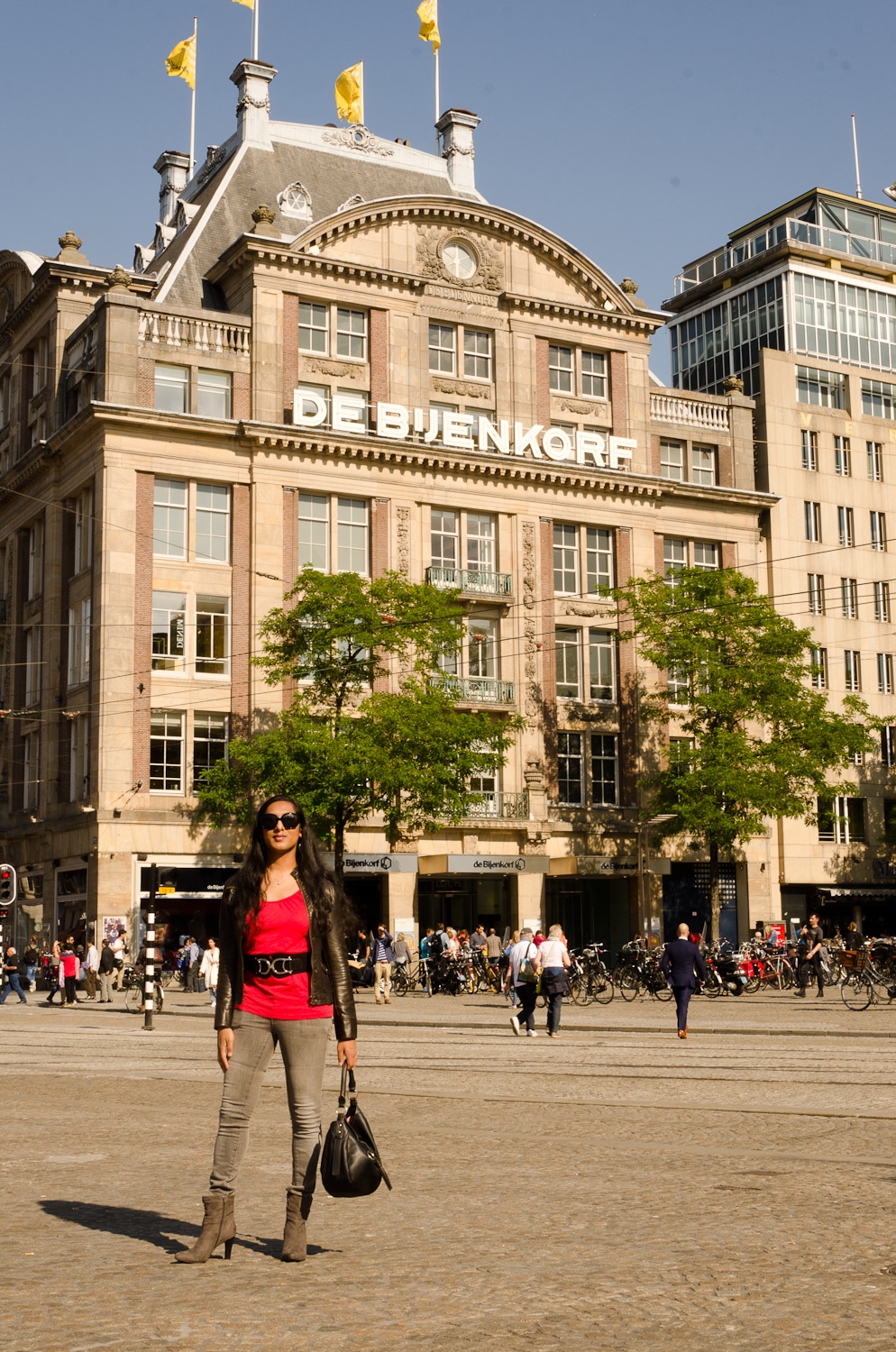 Natassia: I just want to thank you, Lindsey, for giving me this opportunity to tell your lovely readers about myself and my place in this crazy world of fashion blogging! ☺ As you obviously know, I love your gorgeous fashion sense and I love your style of writing!!

If any of you want to check out more of my social media:

From my YouTube page you can find links to my other sites if you’re interested, but I don’t want to spam too much! 😛

And be sure to check out Natassia’s lovely blog, by clicking here! 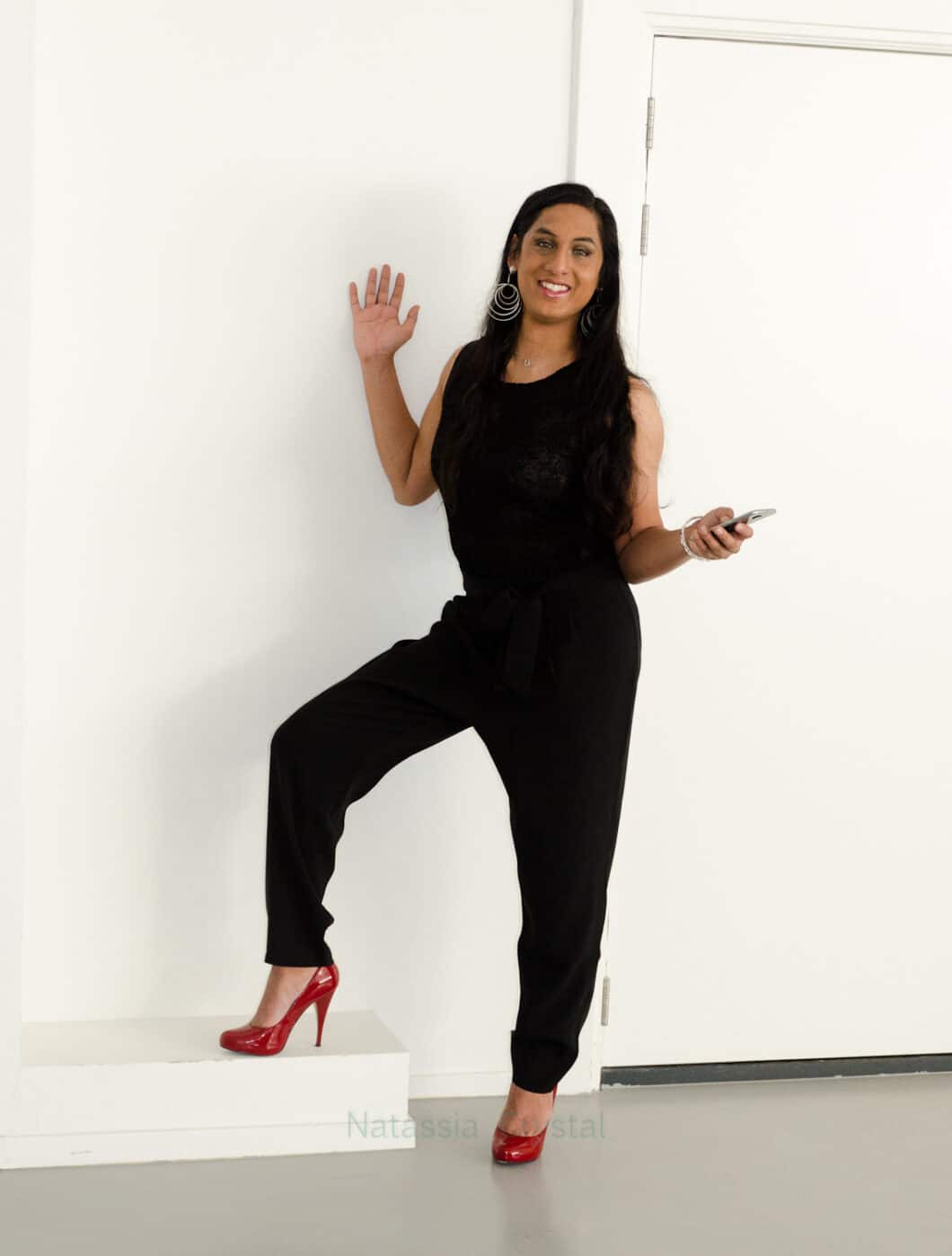