Victory Park (aka Park Pobedy) in Moscow is home to 13 unique memorials, more than 300 pieces of weaponry, the largest flower clock in the world, 13 restaurants, a synagogue, a mosque, and an Orthodox chapel. It’s quite an interesting mix worth seeing if your schedule allows. This post will give a brief background on the park, explain whether it’s worth visiting as a tourist and what to expect if you do decide to visit it. 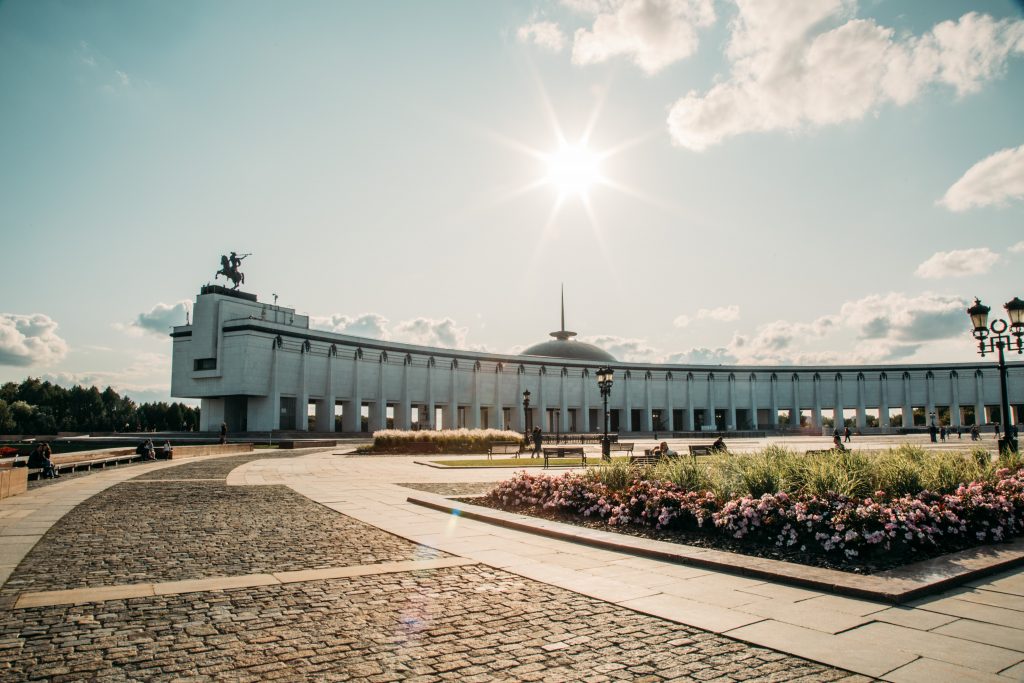 What is Victory Park?

Victory Park was founded in 1958 and is situated on Poklonnaya Gora, which is one of the highest spots in Moscow. This is historically where visitors coming from the west would pay hommage to Moscow and bow down. It is also where Napolean waited in vain for the keys to the Kremlin to be brought to him.

Now, this area is used to honor those who brought the Soviet Union to victory over the Nazis in the Second World War. More than 27 million Soviet lives were lost during this war (more than any other country). There memorials, fountains and a museum dedicated to the Great Patriotic War (WWII).

While it is sobering to see the memorials and the Victory Museum, the park is an interesting, and nice way to spend a warm summer day. It is still a park where people run, play, skate, enjoy casual outdoor restaurants and picnics, and there are even go-karts to rent and a small theme park for children. Victory Park is also decorated festively in the winter months and will sometimes have impressive ice sculptures as well as an ice skating rink.

As a Tourist to Moscow – Is It Worth Visiting Victory Park?

Those interested in World War II history will especially enjoy visiting here. My husband is really interested in weaponry from this period and enjoyed seeing the various tanks, aircraft and ships that were used by the Russians in WWII. These pieces are all located within the Open-Air Exhibition of Military Equipment in Victory Park.

While I am not especially interested in any sort of weaponry, it was still quite interesting to see the various aircraft and ships used in WWII… in addition to the tanks. 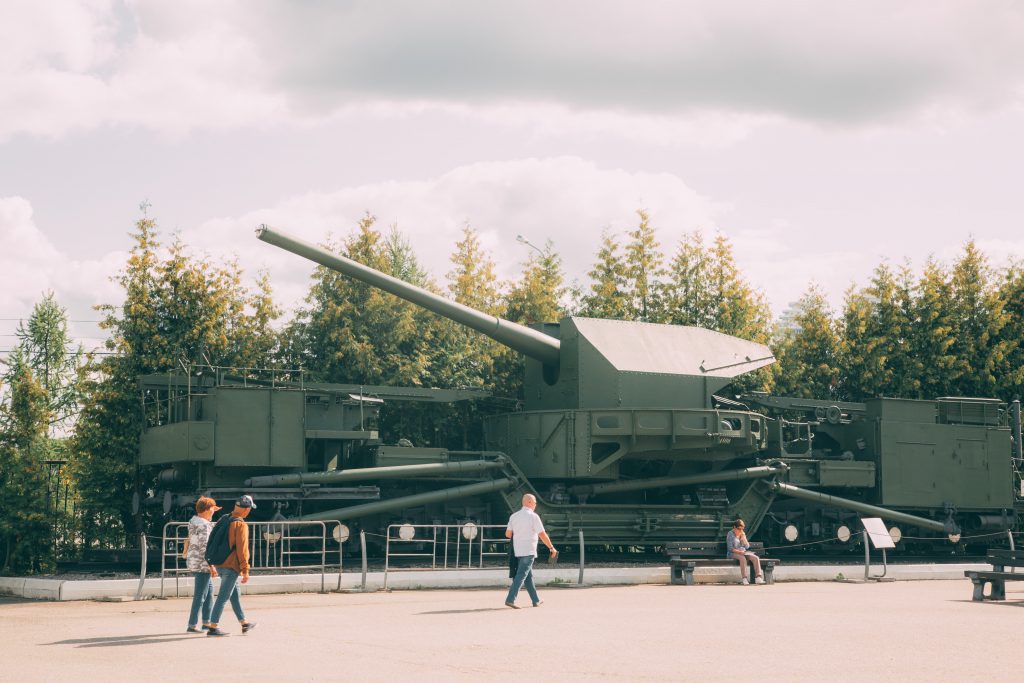 You can easily walk the park yourself at your own leisure, and many of the park signs are also in English. However, the museum and some signage in the Open Air Exhibits are only in Russian. If you want to get a deeper understanding of the Victory Museum and the memorials throughout the park, it is best to hire an English speaking guide to translate for you. 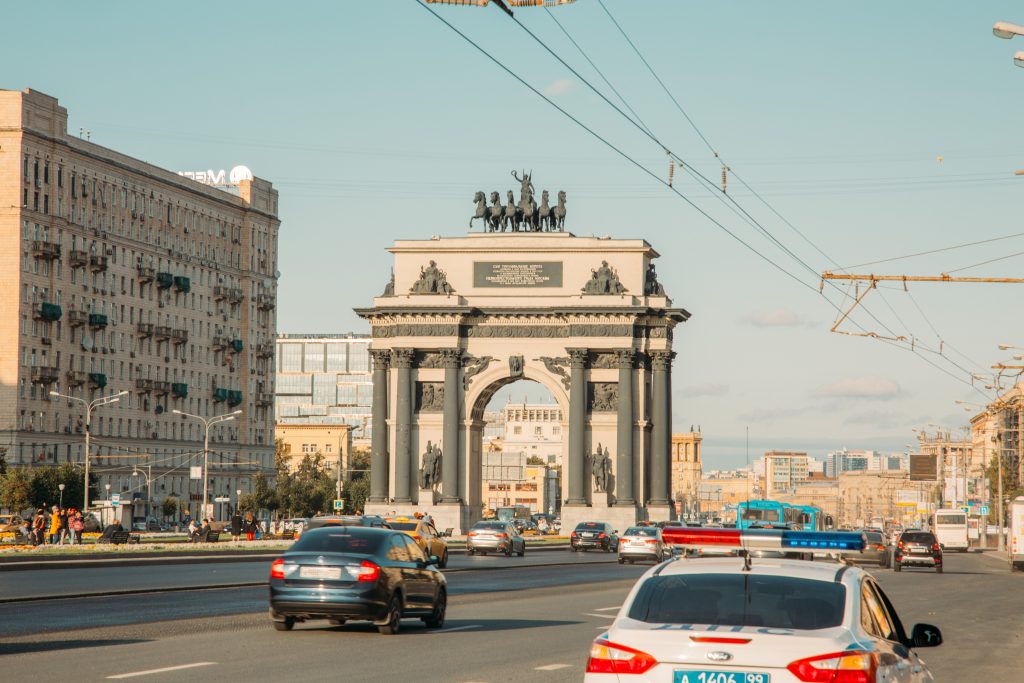 When exiting the Park Pobedy metro station, you will first see the Triumphal Arch. This is located just outside the park and is actually located in the middle of a highway.  It was constructed to commemorate Russia’s victory over Napolean.

Exhibition of Military Equipment and Weapons in the Open Air Exhibition 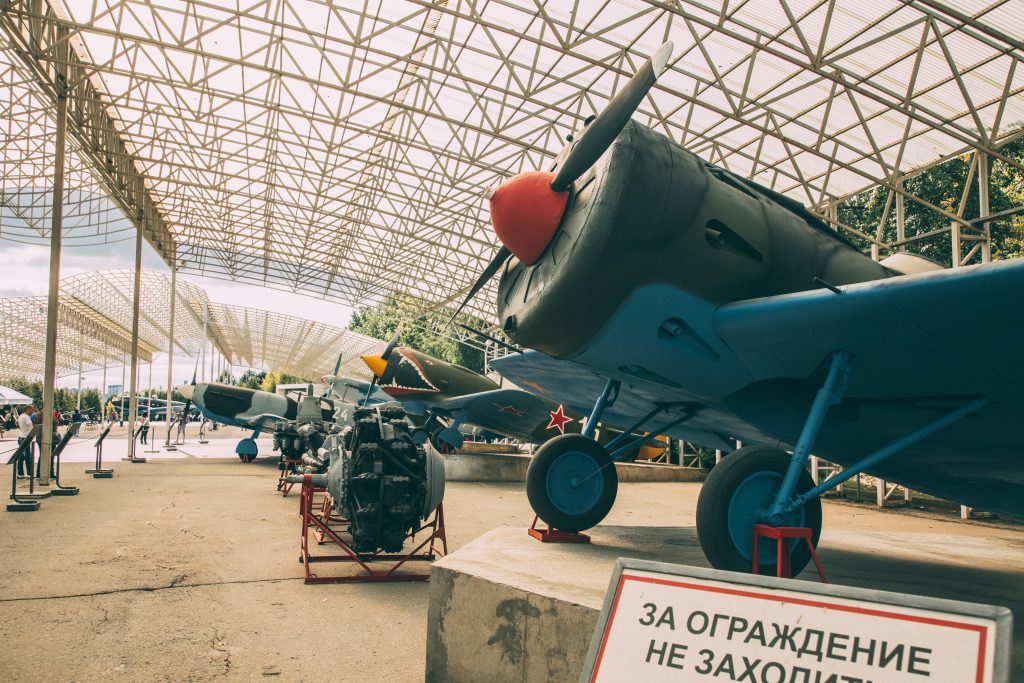 As I mentioned, my husband is especially interested in the weaponry used by the Russian during this war. So, we made a beeline for the Open Air Exhibition. For 250 rubles you can purchase tickets to this sprawling exhibit at the ticket kiosk. You also have the option to purchase a ticket to the Victory Museum here (tickets to the museum are 120 rubles).

The sections you will see here are:

Please find more photos of the open-air exhibition at the very end of the post (I took a TON of photos).

The Victory Monument is a 142-meter tall obelisk (every 10cm represents one day of the war). At the base of it is St. George slaying a dragon covered in Nazi symbols.

Victory Museum – The Museum of the Great Patriotic War

Just behind the Victory Monument is the Museum of the Great Patriotic Wat. This museum has hundreds of exhibits, including dioramas of every major WWII battle the Russians fought in, as well as weapons, photographs, documents and other wartime memorabilia. 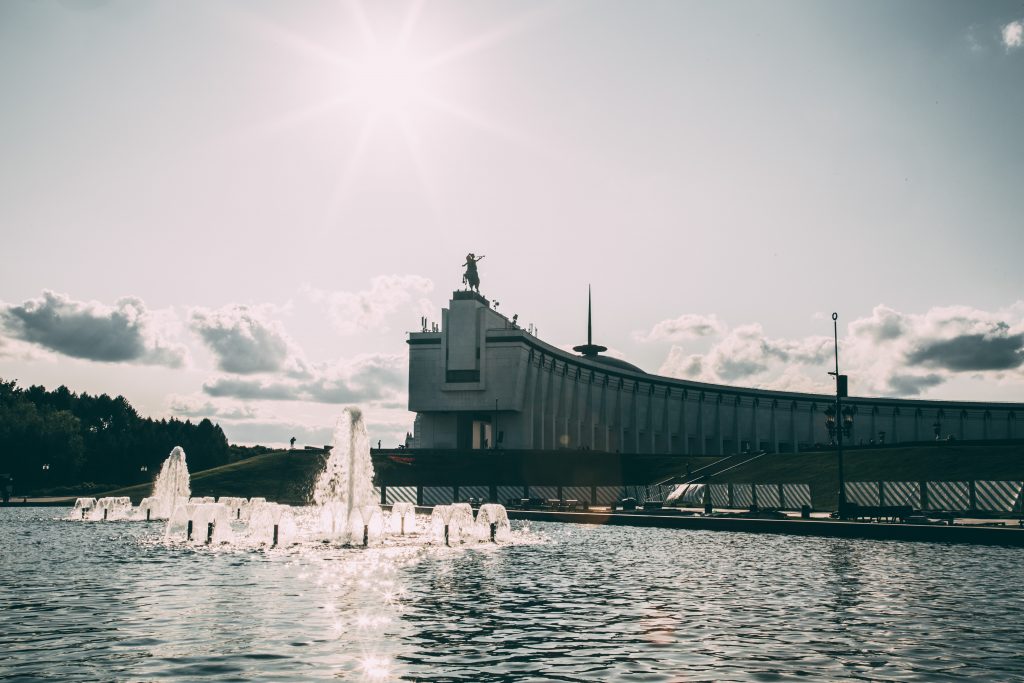 War is a tragedy for many people. That’s why you can also find in the Park an Orthodox Church, a memorial Mosque and the Memorial Synagogue to remember people of different religious beliefs who also perished in the war against the Nazis. 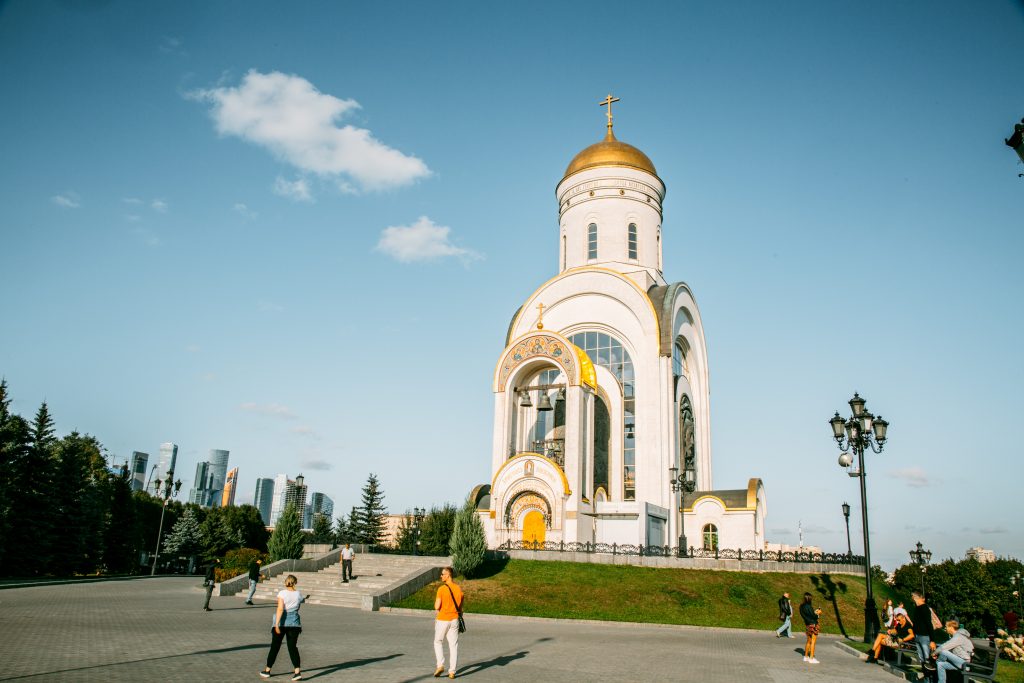 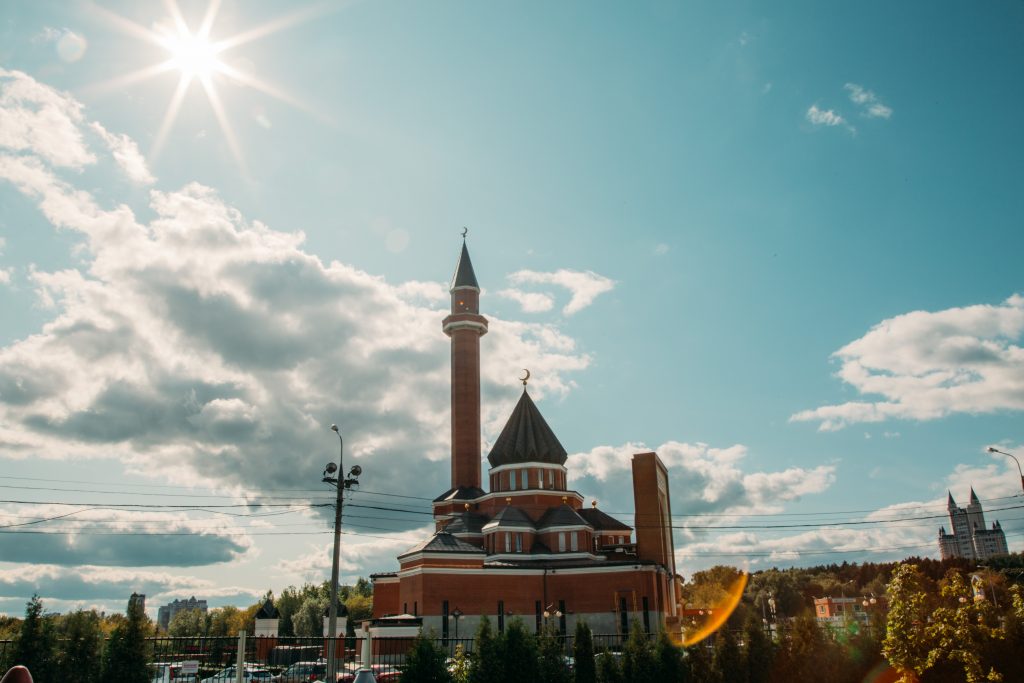 For additional monuments within the park, please click on the photos below to read their descriptions.

If anyone has any questions about visiting, please feel free to reach out in the comments section at the end of the post.

More photos of the Exhibition of Military Equipment and Weapons in the Open Air Exhibition: 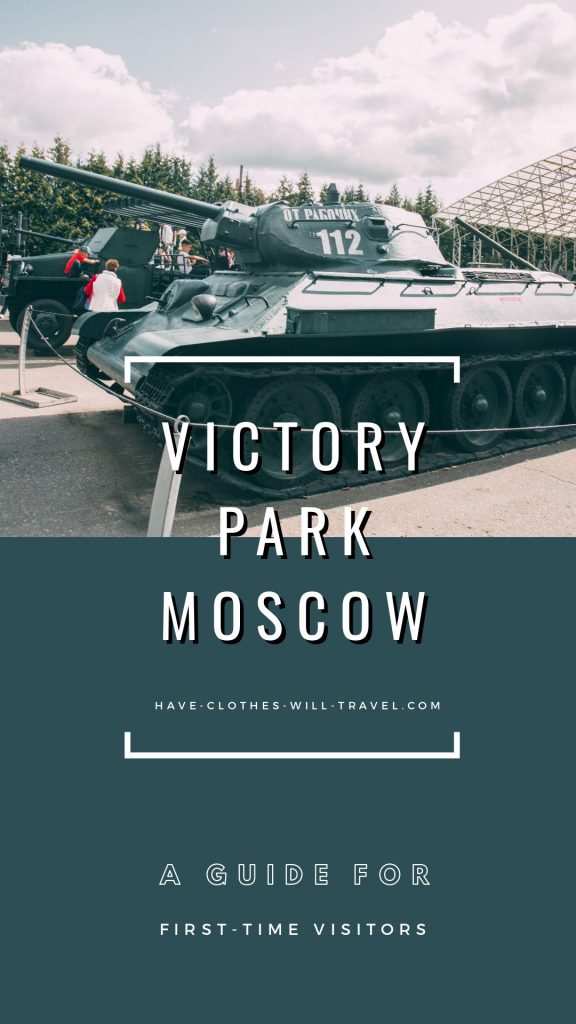 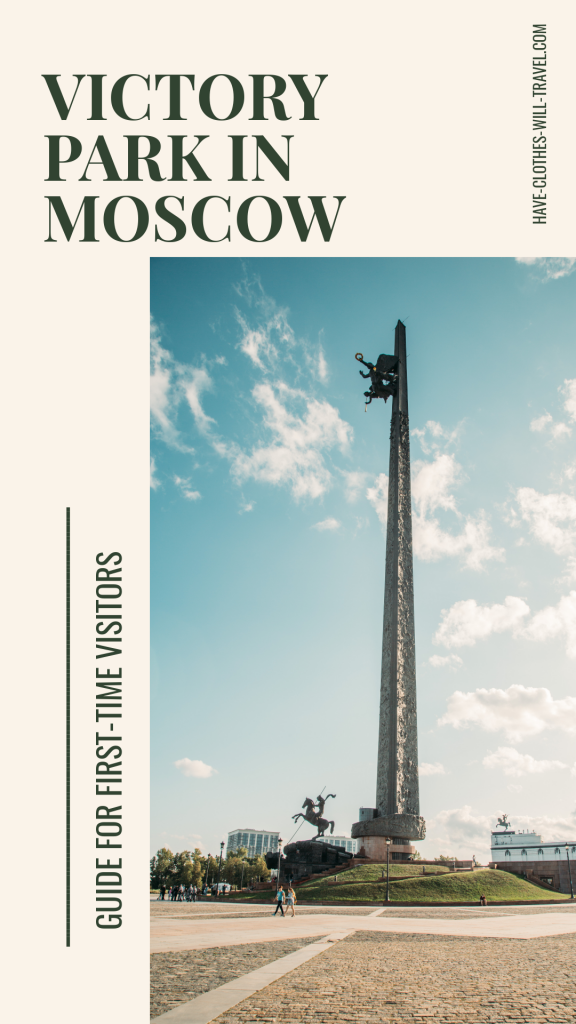 *Disclosure: Some of these links are affiliate links, meaning if you click a link and make a purchase, Have Clothes, Will Travel will make a very small commission. Thank you for supporting the brands that make this blog possible!